The First Year of the Coalition for Women Peace Security 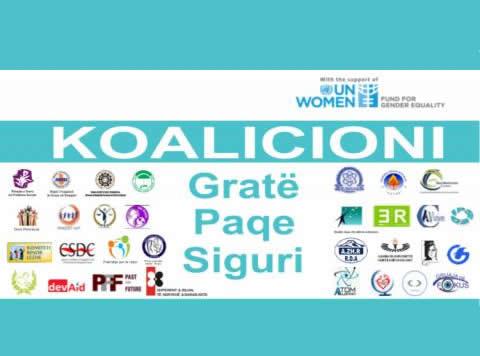 We are leaving a year after the establishment of the Coalition Woman Peace Security under Resolution 1325, with the involvement of organizations participating in the Women, Peace and Security Agenda!

The Association Women Peace Security, through the UN Women Gender Equality Fund, in the frame of the project "Women's Rights from Concept to Albanian Reality" and the Coalition Women Peace Security, where today there are counted 31 Civil Society Organizations with a extension from North to South of Albania, will support the implementation of the National Action Plan and will monitor step by step its implementation.

UN Security Council Resolution 1325 requires to the UN member states to take action on:
- increasing the representation of women at all decision-making levels for conflict prevention, management and resolution,
- expanding the role and contribution of women in peace-keeping operations,
- inclusion of a gender perspective in national defense and security policies,
- training of national security units and protection of the rights and special needs of women,
- understanding the importance of women's involvement in drafting national training programs for military and police personnel,
- taking special measures to protect women and girls from gender-based violence, particularly for rape and other forms of sexual exploitation,
- consideration of the special needs of women and girls as well as the potential effects on the civilian population when drafting policies in the field of peace, security and defense.

Let's continue to support and promote the protection of women's rights, including formally the role and responsibilities of women in the international security agenda, as well as changing the concept of security around the world!